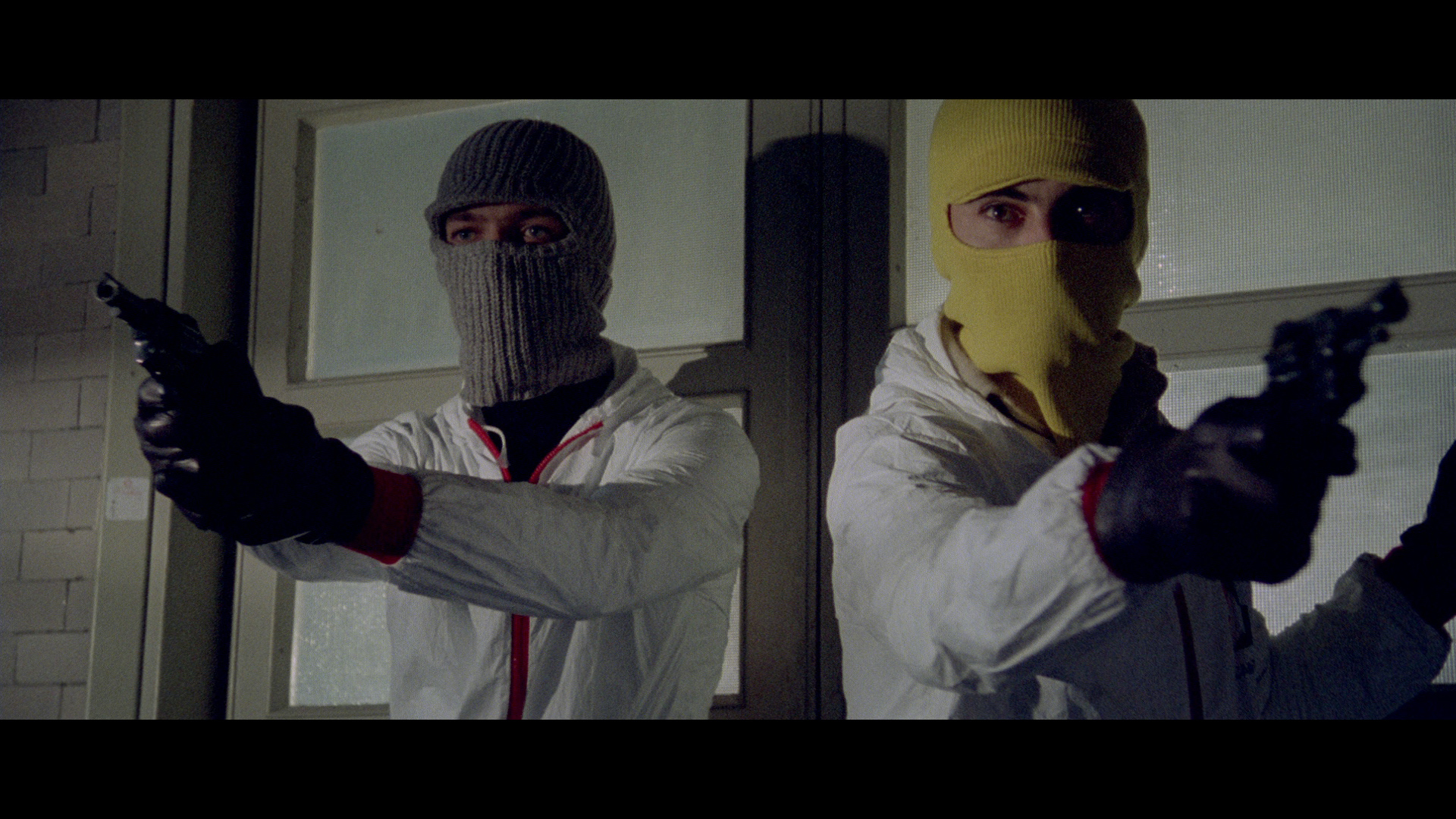 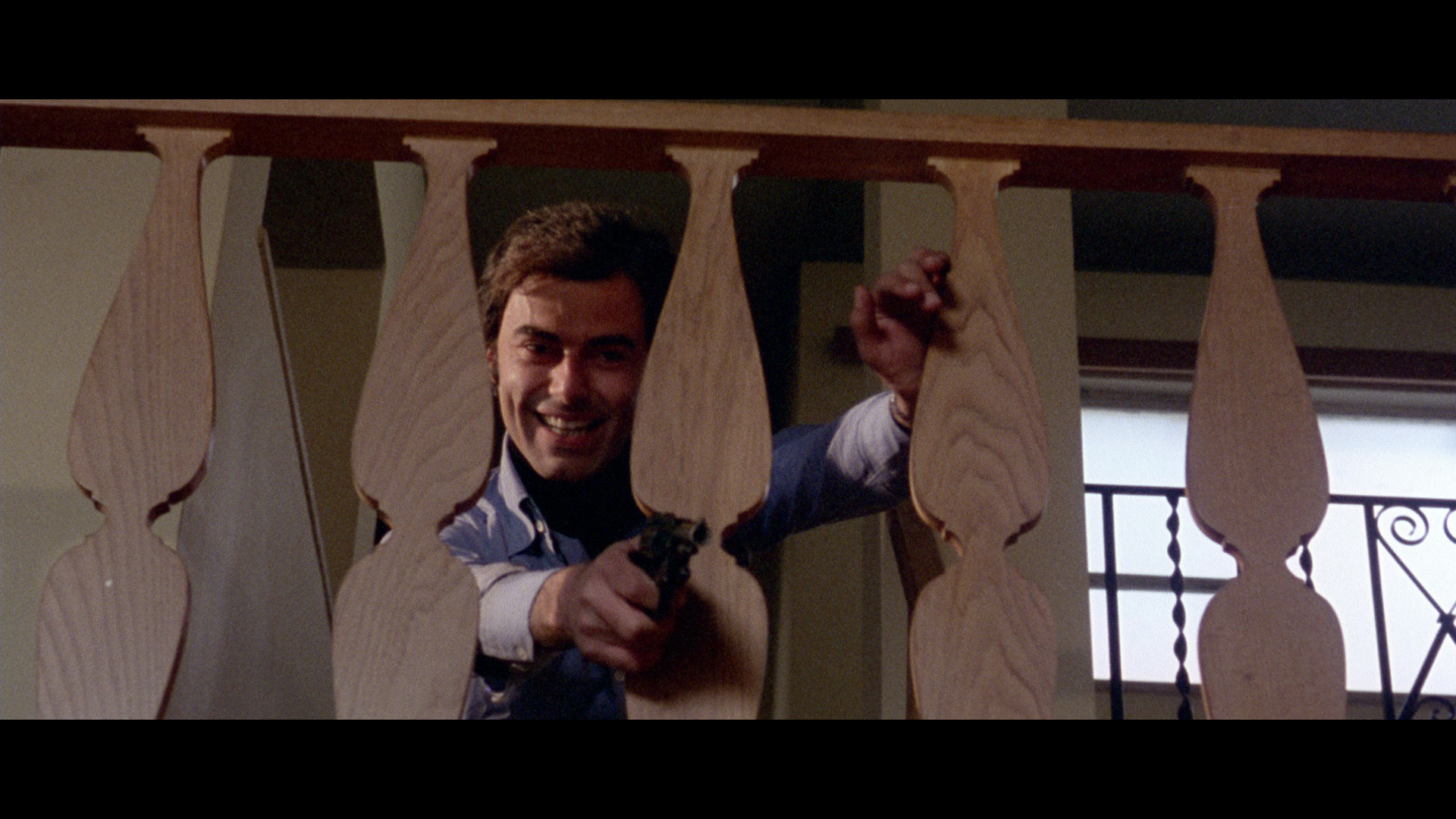 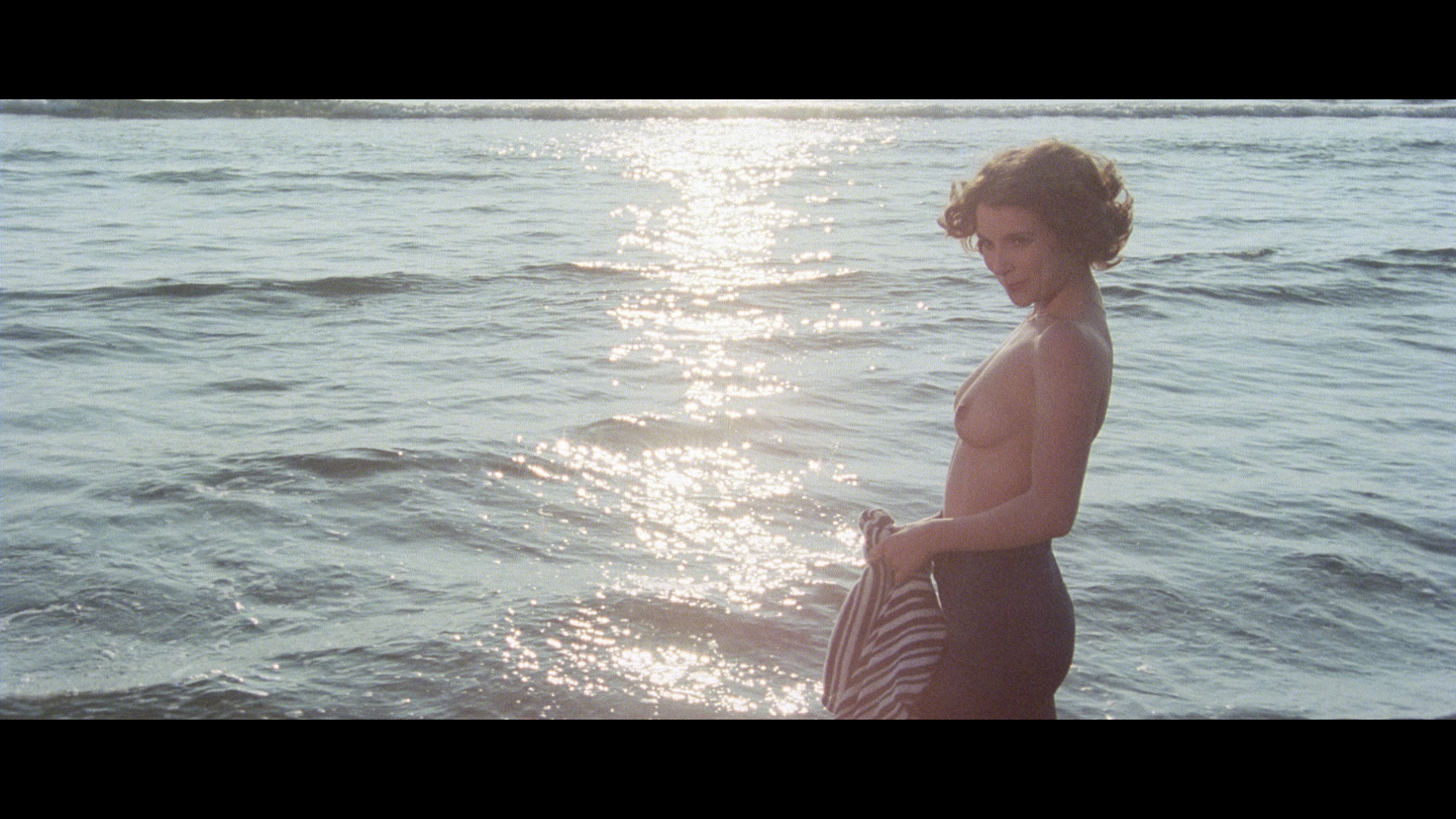 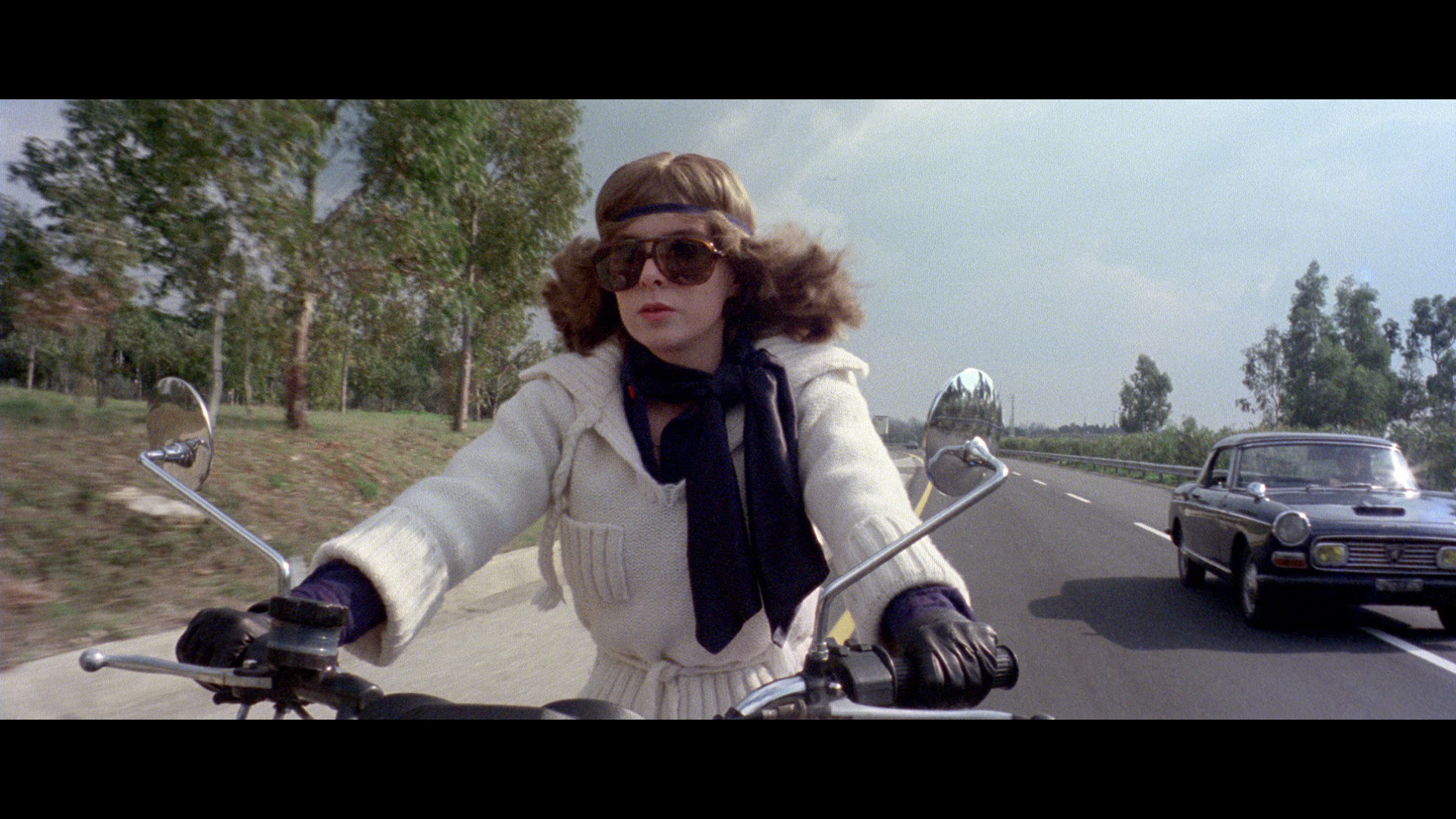 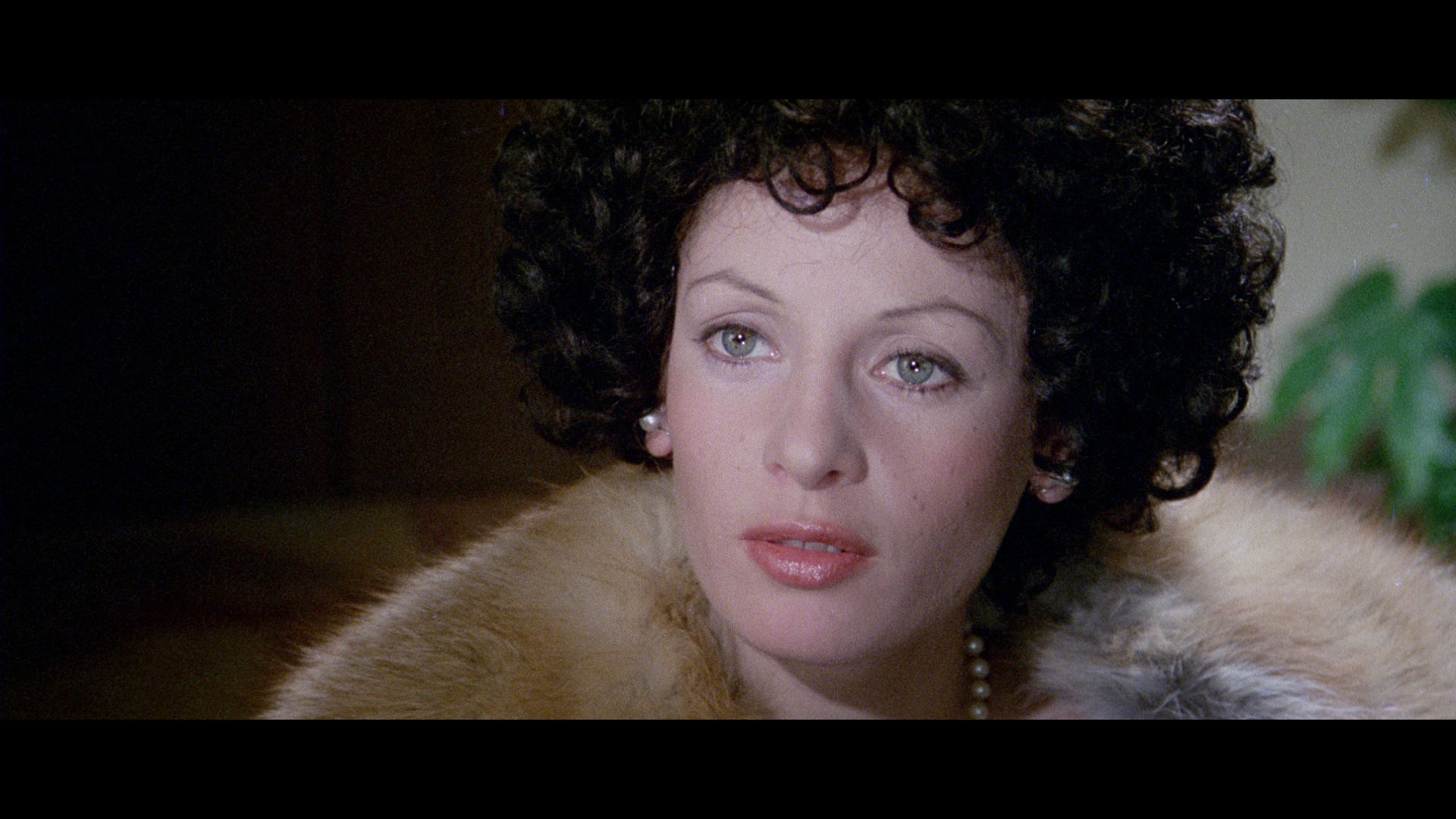 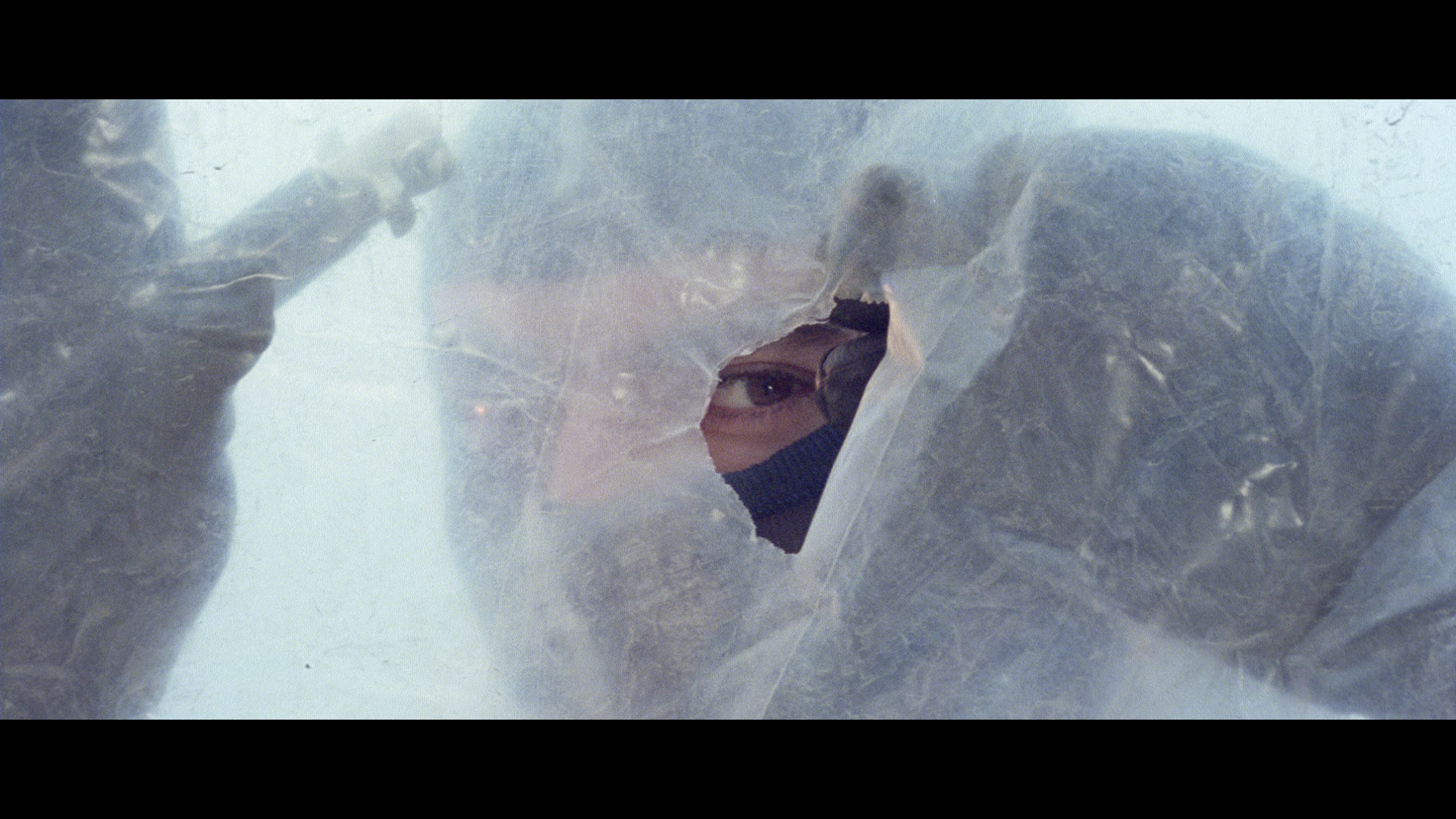 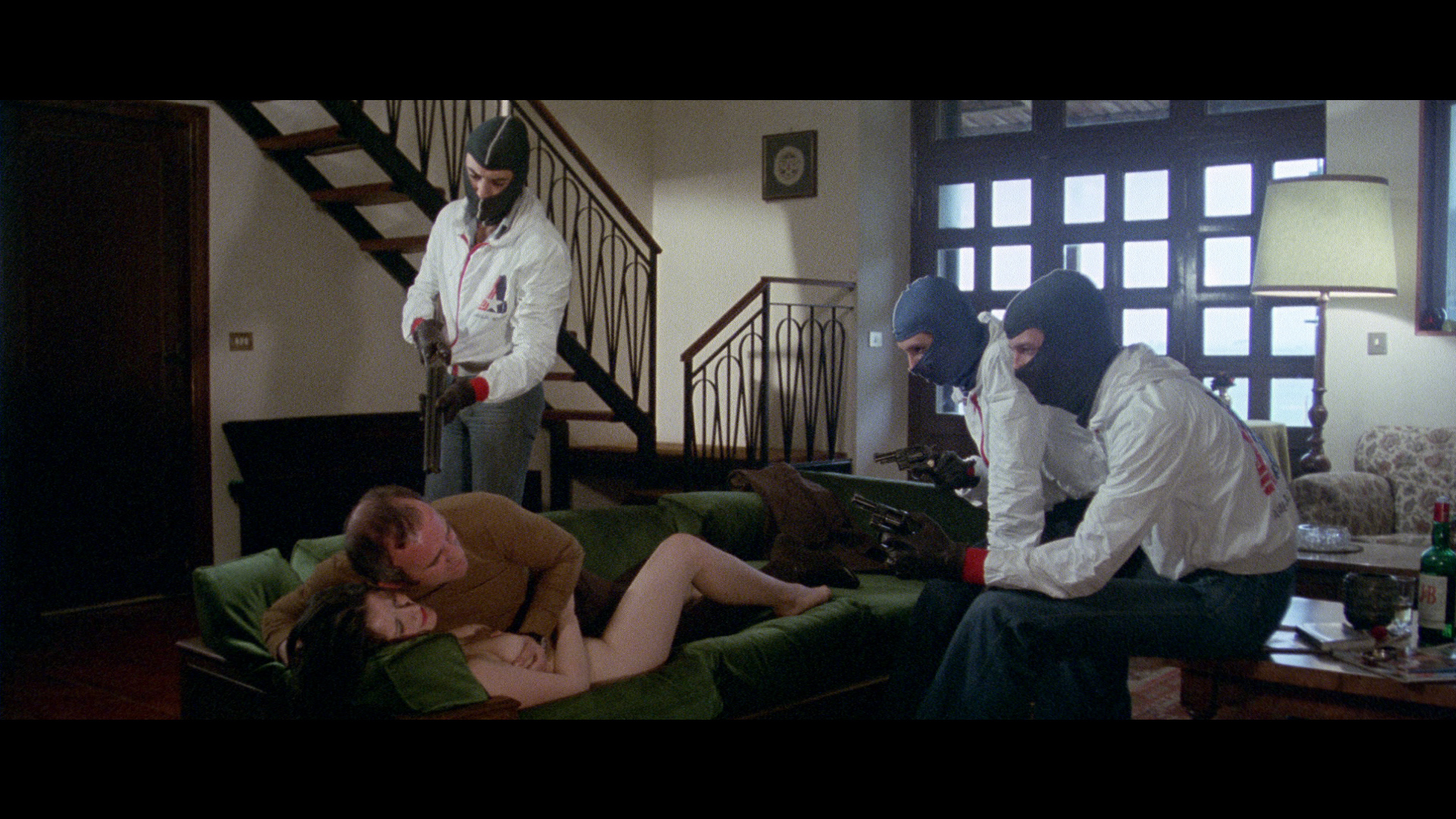 Downtown Rome in the mid 1970s was a tough place for the local Police. Purse snatchers prowl the local parks, gangs of armed men turn over betting shops and spoiled rich kids get their kicks from raping young girls. Luckily, for anyone on the right side of the law, Inspector Leonardo Tanzi (Maurizio Merli) is on the local beat, cruising the streets in his Alfetta, ready and willing to run down injustice in a heartbeat. Unfortunately Tanzi’s superior, Vice questore Ruini (Arthur Kennedy), prefers justice to be served up in the time honoured manner – by the book and following the codes of conduct.

Following a lead Tanzi brings in Vincenzo Moretto (Tomas Milian) a hunchbacked slaughterhouse worker who has more than few crooked business sidelines. Sitting him in a darkened room, with only a lamp on his face, Tanzi takes the official interrogation procedures and throws them in the bin, resulting in Morreto being hospitalised and Tanzi up before his boss. Taking a dressing down and being told that Morreto will be released without charge incenses Tanzi. Adding insult to injury Ruini also demotes him to an office job. Officially off the streets Tanzi uses his spare time to carry on his investigations into Morreto and the links he may have to Tony (Ivan Rassimov), a drug dealer who’s keeping a missing girl strung out on smack up in his apartment…

Director Umberto Lenzi delivers a fast paced rollercoaster ride of a movie, expertly filmed by cinematographer Federico Zanni – a veteran of over 50 movies for a diverse range of Directors such as Lenzi, Sergio Martino, Stelvio Massi and Marino Girolami – and featuring one of the classic Polizieschi scores by Maestro Franco Micalizzi. As soon as the opening credits start with the POV shot from inside the car as it drives down through Rome’s city centre, that oh-so-familiar music kicks in and you just know you’re in for a treat. With no real major plot to focus on Lenzi instead whisks the viewer from one mini adventure to the next and when all else fails stages a random crime so that Tanzi can show up at just the right moment, slap the perpetrator around a bit before handing him over to the uniformed police who arrive out of nowhere in the olive green Alfas. It defies logic but it does so in a good way, you have after all just seen a man take four or five huge open handed slaps across the face as punishment for stealing a ladies handbag. It no longer matters if the scenario is logical, what matters is that justice has been served and the guilty have been punished!

This would be the first of two outings for Tomas Milian in the role of ‘Il Gobbo’–the second being Lenzi’s LA BANDA DEL GOBBO (1978)–a character created by screenwriter Dardano Sacchetti in reference to Giuseppe Albano the original ‘Il Gobbo del Quarticciolo’; a real life character who lived in Rome during the Nazi occupation in the 1940’s.  A member of the resistance during the occupation he went on to become a local ‘Robin Hood’ character after the Nazi’s were overthrown. Albano’s story was made into a feature film ‘Il Gobbo’ directed by Carlo Lizzani in 1960, and starring French born actor Gérard Blain in the title role.

Milian is just superb in the role and displays a range of emotions that see him at turns being fragile and pathetic—he truly gains the viewers sympathy when he’s being beaten by the police–the next he’s cold and calculating, ruthless and utterly insane; a marvellous performance and surely one of his most memorable roles.

Maurizio Merli also plays a character–that of tough, takes no bullshit, cop Leonardo Tanzi–who would be seen again in Lenzi’s 1977 film, IL CINICO, L’INFAME, IL VIOLENTO (THE CYNIC, THE RAT AND THE FIST) though albeit in a more calm and composed frame of mind than he is in this film. At times looking like he’s going to literally explode with rage, Merli pulls out all the stops in bringing to life a cop who’s just run completely out of patience. With a justice system that is constantly letting the honest man on the street down he takes it upon himself to “get back to the old ways” and fight fire with fire. A clichéd plot device for sure, but it keeps the film barrelling along and there’s nothing at all wrong with that.

This latest DVD from New Entertainment World is an upgrade of their previous release which had no English options. Happily for us fans, this limited edition re-release features English, German and Italian audio plus optional English and German subtitles. The transfer is truly a thing of beauty, identical to the NoShame Italy DVD released a few years ago, and perfectly framed in its 2.35:1 ratio, with 16:9 enhancement. It’s doubtful that this film could look any better than it does on this DVD. The English audio doesn’t fare so well as it’s obviously sourced from VHS which in turn sounds like it was sourced from a well used theatrical print. It’s serviceable though and is better than not having an English audio option at all. The Italian audio is pretty much pristine barring a handful of instances where the audio wows for a second or two–think what it sounds like when you momentarily touch a vinyl record while it’s playing on a turntable and your more or less there–these same audio flaws are present on the NoShame release so must be a problem with the master used and not something to blame on NEW. The English subtitles follow the Italian audio track and are not simply copied from the English dub verbatim, a very welcome addition and viewing the film in Italian with subtitles is absolutely the only way to watch this film. Extra features consist of the Italian language theatrical trailer, a trailer show for other titles in the NEW catalogue, an essay about the film in German and PC accessible Tiff files of German poster art and lobby cards for the German theatrical release under the title ‘DIE VIPER’.

ROMA A MANO ARMATA is almost the quintessential ‘Polizieschi’ movie, it has all the ingredients necessary – Alfa Romeo cars, stereotypical bad guys, angry ‘beat the system’ cops and lashings of over the top violence. All packaged together on what is so far the definitive DVD release of this film for the English speaking fan of ‘Poliziesco all’Italiana’. You can’t really ask for much more.